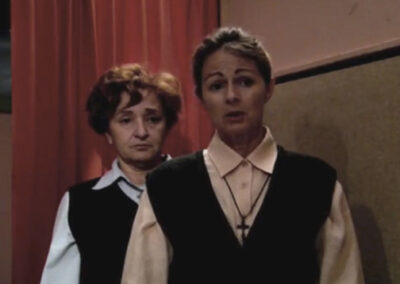 Costume design for Jean-Pierre Lefebvre’s feature-length film that pays tribute to the nuns in Quebec by telling their story.

Concept : the idea was to reference, yet not too rigorously, the religious congregations throughout Quebec history in 15 scenes, right from the departure from France of three Ursulines and three Hospitalières de la Miséricorde de Jésus nuns right up until today.

Photo credit : stills from the film produced by Cinak.